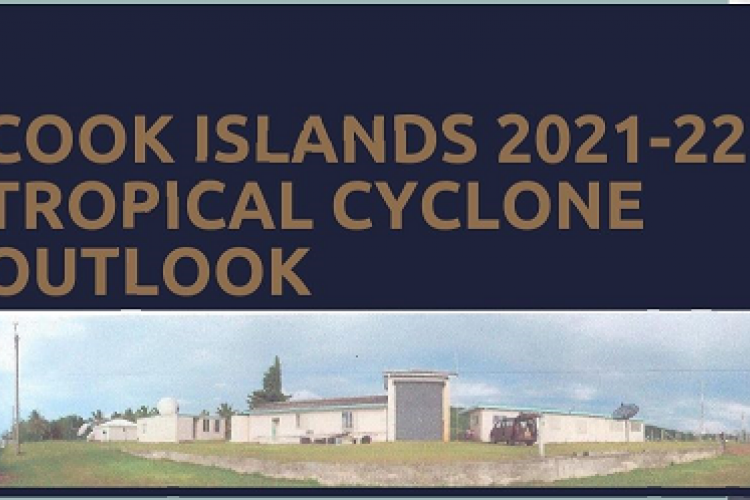 Tropical Cyclone Outlook 2021-2022 for the Pacific southwest region issued by the National Institute of Water and Atmospheric research (NIWA, Nz) and Bureau of Meteorology (BoM, Aus) in collaboration with regional meteorological services including the Cook Islands Meteorological Services (CIMS)

The NIWA and MetService assessment of named tropical cyclone (TC) activity indicates 9 to 12 named TCs could occur in the Southwest Pacific basin between November 2021 and April 2022. The seasonal outlook is for normal to slightly above normal activity in terms of overall named TCs in the region.

Tropical cyclones have a significant impact across the Southwest Pacific, with the season officially starting in November and lasting until the end of April. For the coming season, important differences are expected between the western and eastern halves of the Southwest Pacific basin and also for early and late season activity. Elevated TC presence is expected in and around the Coral Sea, especially during the late season between February and April. Risk of a TC interaction is expected to be higher across the maritime regions around the Coral Sea and in the subtropics between Fiji and New Caledonia. Reduced TC activity is expected east of the International Date Line.

Vanuatu and New Caledonia typically experience the greatest TC activity, with an average of about two or three named TCs passing close to those island nations each year. For this season, normal-to-elevated TC activity is expected for countries and territories around the Coral Sea, including Vanuatu, New Caledonia, the Solomon Islands and Papua New Guinea. Tonga and Fiji are expected to have normal TC activity. Near normal TC activity is expected for Wallis & Futuna, Tokelau and Niue. Normal-to-elevated TC activity is expected for the Austral Islands, while normal-to-below normal TC activity is forecast for the Society Islands. Tuvalu and most other islands to the east of the International Date Line, including the remainder of French Polynesia, the Cook Islands, Samoa and American Samoa, are expected to have reduced TC risk for the coming season. Despite the risk reduction in some locations, cyclones are still expected for countries that typically experience one or more named cyclones per year. At least three severe cyclones reaching category 3 or higher might occur anywhere across the region, so all communities should remain prepared.

At present, sea surface temperatures across the eastern and central equatorial Pacific Ocean are below average and have been trending toward La Niña thresholds. Atmospheric circulation patterns related to ENSO (El Niño-Southern Oscillation) over French Polynesia and northern Australia indicate weak-to-moderate La Niña conditions exist at present. Oceanic and atmospheric forecasts for ENSO that cover the 2021/22 TC season suggest that a La Niña event has a 60-70% chance of development by December 2021, but that ENSO neutral conditions may be reached by the end of the TC season in April.

Tropical cyclones are categorised in strength from 1 to 5, with 5 being the most intense. Past seasons with conditions similar to present suggest several TCs that develop could intensify to at least category 3 strength. For the coming season, at least 3 TCs are anticipated to reach or exceed category 3 strength, with mean wind speeds of at least 119 km/h. Category 5 strength cyclones, where sustained winds exceed 199 km/h, have occurred in many years with similar conditions like what exists ahead of the 2021/22 season (known as ‘analogue’ seasons). Therefore, all communities should remain alert and well-prepared for severe TC events.

New Zealand should also remain vigilant as the season unfolds. About half of the historic seasons used in the preparation of this outlook showed at least one ex-tropical cyclone passing within 550 km of the country; two of the most recent seasons showed multiple systems within the area around New Zealand. Significant wind, waves and rainfall are possible from extropical cyclones that come into the mid-latitudes. The effects of ex-tropical cyclones can also be spread over a large area, particularly if the decaying ex-tropical cyclone interacts with midto-high latitude weather systems. An example of this situation in one of the identified analogue years (1981/82) illustrates how strong pressure gradients spanning New Zealand caused strong winds with damaging impacts (as with ex-TC Bernie).

All communities, regardless of changes in TC risk, should still remain vigilant and be aware if the regional climate situation (including ENSO) changes. As with most years, TC activity is expected to increase during the second half of the season from February-April. Early season TC activity is expected to be largely reduced, except near Fiji, and a potential start to cyclone activity may also occur close to or after the New Year.

NIWA, MetService, MétéoFrance, The Australian Bureau of Meteorology, NOAA and Pacific Island National Meteorological Services will all continue to track the progression of ENSO and TC activity, with an update to this guidance in January 2022, if needed.

It does not take a direct hit or a severe cyclone to cause significant damage or life-threatening weather. When dangerous weather is forecast, please heed the advice of your local meteorological service, civil defence, or disaster management offices. 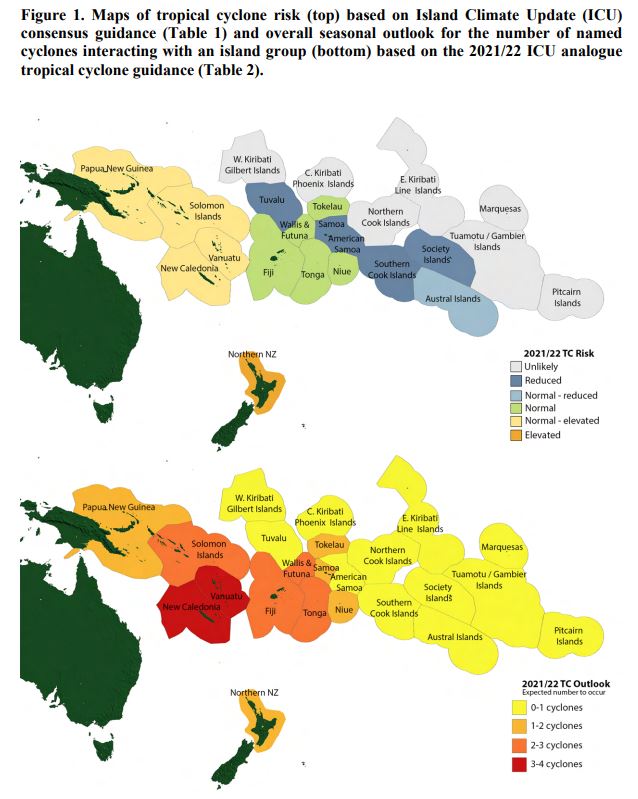 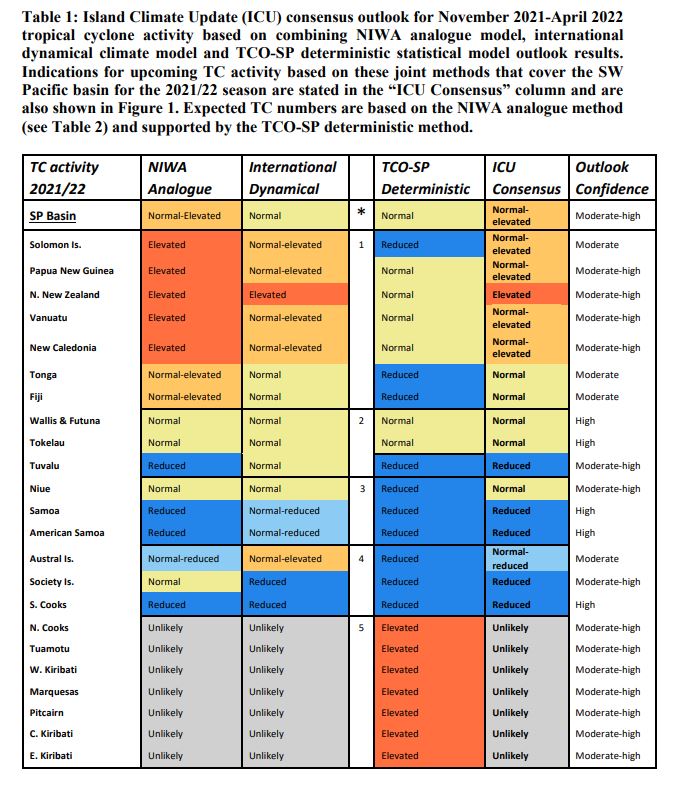